Maxim Mankevich claims that he owes his EU-wide success as a coach and speaker on topics such as self-realization and personal success to a professional failure. He had to confront his deepest fears of losing control and financial security in order to take his destiny into his own hands. Beginning with a single participant at his training session, Maxim Mankevich did not become discouraged: he learned from his mistakes and continually improved his programs. Today, he holds lectures for several hundred people and has a reach of 100,000 followers on his social media channels. He also offers several popular online coaching sessions and is already preparing his next coup – his own online academy.

Maxim Mankevich is convinced that lifelong learning is one of the highest values on which success is based. He practices what he preaches: he attends dozens of seminars a year, reads several books a week and considers it of equal importance to learn from both contemporary experts as well as from the great geniuses of the past. In an exclusive interview with Digistore24, he opens his knowledge treasure chest and shares his winning formula:

“Keyword: Ringelmann effect. Maximilien Ringelmann was a French agricultural researcher. When tilling fields, he found out that the more horses pull on a rope, the less each individual horse pulls. This effect can also be transferred to companies: in large teams, the individual does less because each person relies on the teammates.”

Maxim Mankevich describes success as a construct that rests on four pillars. It is only through these that you can achieve stability:

“I firmly believe that success can only be sustained on a solid foundation. The chair we sit on has four legs and that’s what success is like. When you remove one leg, it becomes difficult to maintain your balance. When two legs break, you will fall over.”

DON’Ts of the coaching industry:

DOs of the coaching industry:

The three most important points for a successful trainer:

“Online coaching enables me to live out my values of freedom and simultaneously provide knowledge to people at lower prices.”

Maxim Mankevich did not enjoy a perfect start in life and thus regarded his MA degree in Business Studies and his secure job (though he was frustrated) as a success. This was all until he actively took his life into his own hands, stopped his small thinking and began striving for more. That is his advice to all those who find themselves in a difficult situation:

This helped Maxim Mankevich to stop thinking small and pluck up the courage to act:

The story:
The inventor of mind mapping and education expert Tony Buzan brought together a committee of economics professors and Nobel Prize winners to identify the top ten greatest geniuses of all time. The committee used two evaluation criteria: ‘Who made the most of their life?’ and ‘Who showed the greatest courage and was ahead of their time?’ Among all the outstanding figures such as Thomas Jefferson and Albert Einstein, there was one man that stood out more than anyone else: Leonardo da Vinci. Born as an illegitimate child, which at that time was effectively a sentence to life outside the society, he achieved extraordinary things in several disciplines at once. The qualities that catapulted him far beyond his time were the following: Courage. Openness. Thirst for knowledge. Zest for action.

Maxim Mankevichs Conclusion:
“Everyone whose path in life did not begin in the best possible way should heed Leonardo da Vinci’s example. What happens in our lives from now on is in our own hands. Nowadays, we have a plethora of possibilities at our disposal and it would be a waste not to use them. We are only limited by our small thinking. When the limits of what is feasible are blown up in our heads, nothing stands in the way of our actions.”

ACCOUNTING
“Accounting is something I definitely don’t love. And this is one of the fastest and most convenient features on Digistore24. All you have to do is send a PDF page to the tax consultant once a month. That is liberating.”

AUTOMATION
“For me, automation is a magical technology that I like very much. It’s fun to go to bed at night, wake up in the morning and then realize that I’ve earned a lot of money while sleeping. And I can only sleep so peacefully because Digistore24 is a completely reliable partner that takes care of the processes behind the scenes and, at the same time, brings my knowledge to the world. I really appreciate this security.“ 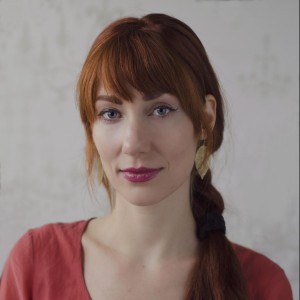